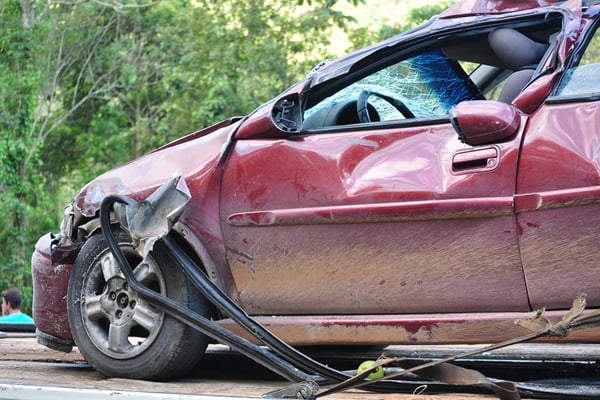 When natural disasters hit, homes and buildings aren’t the only casualties that require intensive collateral loss mitigation. When considering that an estimated 500,000 to one million vehicles were destroyed in the late-2017 hurricane trio of Harvey, Irma, and Maria, auto lenders typically have their own mitigation chaos to deal with in the aftermath of extreme storms. There are several ways for auto lenders to ensure collateral protection when the worst happens, but we’ve narrowed it down to the three most crucial tips:

The most important step to take after a natural disaster is to reach out to affected borrowers with as much financial relief as your agency can provide. Borrowers are more likely to cooperate and make more financial effort with auto lenders who prioritize the borrower’s financial well-being after a disaster. There are tons of financial relief efforts auto lenders have utilized in the past, such as revised repayment options, deferred payments, loan extensions, and redirected billing statements.

According to Experian, 25.67 percent of auto loans written in the third quarter of 2017 were for borrowers with subprime credit ratings. Although this number has gone down significantly from 2017’s previous quarters, the number of insured drivers with subprime auto loans remains high: Approximately 35 to 40 percent of subprime loan collateral is uninsured. Because people with subprime credit scores are often in financial binds, it naturally follows that many of them would choose to forego the extra expense of car insurance.

Get Help with Tracking Insurance Data

Traditional, paper-based insurance tracking is beginning to fall short in the modern age. Many lenders are doing away with forced-placed insurance, but they also generally don’t have access to outsourced tracking data. Auto lenders need a streamlined, cost-efficient way to track insurance information, which can be achieved with the help of a third-party vendor like DIMONT. Our team recently launched a data-driven Insurance Monitoring service that can consolidate the collateral’s insurance information, confirm collateral protection, and generate customized data feeds of the insurance information auto lenders need. DIMONT works closely with auto lenders to ensure maximum recovery while lessening the burden of determining what collateral was insured.

Learn more about collateral loss strategy by checking out our white paper!

see all
Get in touch with us